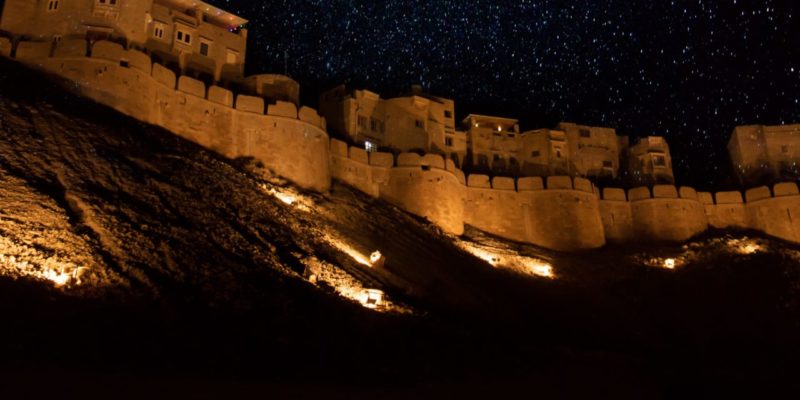 The northwestern region of the Indian subcontinent is what we call Rajasthan today. Embraced by the majestic Aravallis mountain ranges, Rajasthan is the land of the famous Rajput rulers, whose legends of chivalry, romance and allegiance are woven into folklore and ballads, reverberating through the arid but beautiful state.

Rajasthan has played an important role in the development of the subcontinent. The world’s first largest civilization developed in the western parts of Rajasthan, which is today known as Pakistan. And it was Rajasthan who experienced the endless fury of countless invaders scouring the mountains of Central Asia. The Indo-Aryans, Persians, Greeks, Afghans, Mongols, Scythians, Huns, Parthians and Mughals, each of the invaders shaped the history, ethnicity and culture of Rajasthan.

However, Rajasthan has remained somewhat isolated for much of its life, protected by the parched, unforgiving desert and Aravalli mountain ranges, and has remained one of the country’s most beautiful cultures.

The land of the shifting sand dunes, Rajasthan is as diverse as its colorful people. The peculiar amalgamation of history, geography and lifestyle makes Rajasthan different from the rest of the country.

Many factors can be taken into consideration when assessing its lifestyle, but it is the distinct geography of the Thar Desert and the Aravallis that have played an important role in its evolution over the years. Layers of vibrant costumes, an ocean of festivals and enchanting people and art are nothing but ways to lighten the dullness of the barren land.

A stark contrast to the desolate landscape, lifestyle and people of Rajasthan, with their wide spectrum of brilliant hues, stitching a bond of unity, cheerfulness and fertility.

Like the geographical distinction, the culture of Rajasthan is a vast panorama of glowing differences fostered by the steps of Indo-Aryan settlers, Jain traders, Bhil tribesmen, Rajputana warriors and Muslim artisans. With its indigenous cultural ethnicity, it symbolizes the prehistoric way of life and often represents the Indian subcontinent.

The people of Rajasthan have a diverse and rich folk culture. Their highly refined and outspoken dance forms, classical music and art are nothing but an extension of the country of conviviality. The folk music of Rajasthan is typically down-to-earth, often involving daily chores and relationships, and revolves around fetching water from wells and bores. The local songs, which are a prominent part of their heritage, are ballads with war stories, tales of romance and exploits.

Known for its colorful dance forms, some dance forms such as Kalbeliya and Ghoomar have gained international fame.

There is so much to discover in the land of kings. The music, arts, dance forms and festivals are just some of the many undiscovered treasures in Rajasthan. The multifaceted desert state is waiting for you to cross the sands.

The longest running show on Broadway is coming to an end